Update: Quizzler was built as my entry into the Facebook Summer of Hack Hackathon in August 2013 and was selected as the winning hack. Thanks to Facebook for hosting a great event.

After playing a number of poorly-made iPhone quiz games, I decided to roll my own. But I didn't want to spend time creating my own corpus of questions. Thus, Quizzler was born, an attempt to build an iPhone quiz app that generates its own questions. 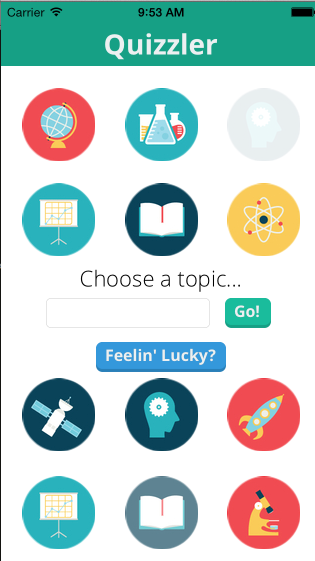 Credit to Karen Dessire for the Playing With Science icons on the home screen!

The technical challenges around such a goal are numerous:

On the practical level, Quizzler allows users to specify any (reasonable) topic and iterate through questions relevant to that topic. Users can then re-play and attempt more questions for the same topic, or switch topics at any time.

Here's the app in action: 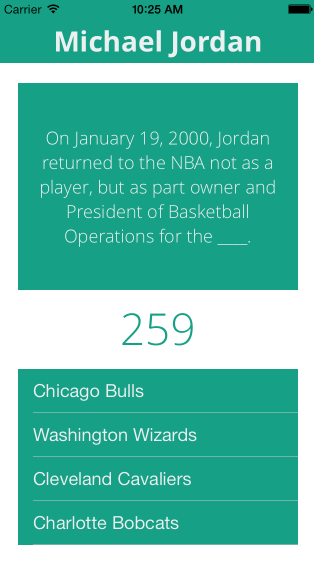 And, at the end of the session, here's the results screen: 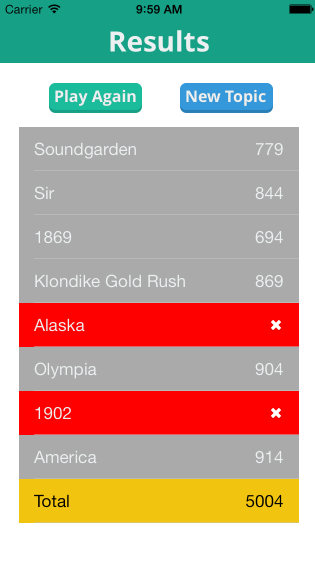